Are you Phalanx? Introducing Our New Core Values

“Oh great,” I can hear you thinking it now. “Corporate values. As exciting as watching weeds grow.”

I’m with you. Vision. Leadership. Profit. Integrity. Customer Service. Accountability. There’s nothing wrong with any of these, but they are so … expected. Mundane. Sigh.

At RoboSource, we’re anything but mundane. So when we convened our leadership team and tasked them with creating core values, we got some craziness. “Let’s base each one on a movie character.” “How about an obscure TV personality?” We got a lot of ideas. We had a lot of debate.

At the end of several meetings, we agreed on one thing: we wanted each core value to have a story. We wanted them to mean nothing to someone who just walked in off the street and everything to our team. We hoped by using core values that told a story, our team would remember them, internalize them, live them.

Do I have your attention yet? I hope so. Here they are: RoboSource’s Core Values. 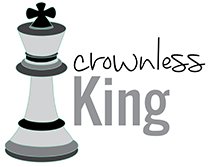 Bryant and Andrew are two of our younger software engineers. When founder Jason Beutler announced a new line of business at a staff meeting, they had some reservations. Old friends, they discussed the reservations over lunch.

What did they do next? Want to guess? Here’s what they didn’t do: they didn’t talk to their friends, to see if they thought this was a bad idea. They didn’t spread negativity. They didn’t jump around and get excited and raise a following.

Instead, they scheduled a meeting with Jason. During the meeting, they laid out all of their concerns, then voiced their continued support. They just wanted to make sure Jason had thought about the potential pitfalls that had occurred to them. Instead of sitting back, Andrew and Bryant used their voices, and in doing so, perfectly portrayed our value of Crownless King. Andrew and Bryant don’t hold director-level positions. They aren’t on the leadership team. But they took it upon themselves to make sure their concerns were heard – not to gain positions of influence, but because they didn’t want something to fail on account of something they didn’t say.

At RoboSource, title doesn’t define responsibility. In fact, everyone has a responsibility to think, to solution. If something is missed because someone doesn’t voice a thought, shame on them. We are all working together here, and we all have blind spots.

The opposite is also true. RoboSource is a small business. We empty the trash ourselves and refill the drink fridge. These are everyone’s responsibilities. “Low man on the totem pole” means nothing around here. 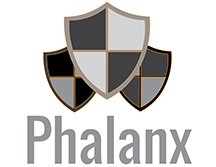 If you’ve never heard of this word, you aren’t alone. This actually refers to a military formation, but in common English, it has come to mean: “a group of people standing or moving forward closely together.” (Wikipedia)

We love that. But we love the historic meaning, too: “[they] would lock their shields together, and the first few ranks of soldiers would project their spears out over the first rank of shields. The phalanx therefore presented a shield wall and a mass of spears pointed toward the enemy, making frontal assaults against it very difficult.” Before this formation, soldiers fought in a solitary fashion – running around and attacking each other. Think of the battle scenes from most war movies.

The idea of standing together and protecting each other, whether personally or professionally, is near and dear to RoboSource. Last summer, some of our apprentices were sharing an apartment. It came to Amy’s attention that some of these college students were sleeping on air mattresses. The mom in Amy couldn’t let that go. On a Saturday, she and her husband drove around in their truck, collecting a few mattresses that she’d gotten people to donate, and then taking them to the students’ apartment. That’s Phalanx. That’s I’ve-got-your-back. That’s believing in the people you work with.

A few years ago, Ryan was in the midst of a huge project. It wasn’t going well, and the deadline was looming. It was the worst possible week for his wife’s beloved grandma to suddenly pass away. “Don’t worry, team,” Ryan said, “the funeral will be on Saturday, so I should still hit the deadline.” We were all relieved. It was a very important project. But then the funeral got moved up to Thursday and Friday. Ryan was on it. “I’ll take my laptop,” he said, “and work every spare moment.” Ryan has always been an epically hard worker.

But our team was Phalanx, and they knew that Ryan’s wife needed his full attention and support. Within a few minutes of Ryan’s online update about the arrangements, three developers (at the time, all of the developers we had!) had jumped in. “No, no, go be with your family. I’ll take care of this.” “I’m working tonight, no problem.” “I’ll help. What can I do?”

That still gives me chills. That’s thinking about the good of the team, as well as the good of each individual. And that’s the exact opposite of many corporate cultures—people stepping on each other to get to the top. Phalanx: it’s core to who we are. It always has been, but now it has a name. 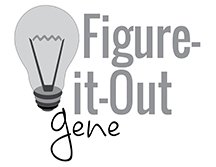 James is one of our apprentices. A first-generation college student with bushy hair and a big beard, James makes quite an impression. We knew from the moment we met him at the job fair at Cedarville University that he was for us.

That’s because James was curious. He asked so many questions, wasn’t afraid to probe. He stayed with us at the job fair for a half hour or more, talking, asking, gathering his needed info. And then he took that info back to one of his classes and spread the word. Later, he brought back several friends, encouraging them to ask questions, too.

The curiosity didn’t let up during the summer. James wasn’t afraid to challenge older, full-time engineers (a bit of Crownless King going on here, too). He loved to be given a big ole mess of a problem and be left alone to solve it.

Some groups that work in our industry are starting the dialog that programming is less of a profession and more of a vocation. In other words, that a year or so of training can get a high school grad ready for the engineering workforce.

We respectfully disagree. We believe whole-heartedly in the value of a four-year degree, because we think that emphasis on education teaches people how to think. We don’t need more code monkeys in the field. We need problem solvers. We need people who can look at the same problem that’s been solved the same way a hundred times and say, “Wait… what if…”

That’ll change the world. And that’s the Figure-it-Out Gene. And now that we’ve recognized it, you can bet it’ll be part of our future hiring process. 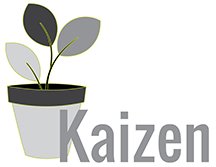 Some people are familiar with this Japanese term. In case you’re not, it’s an expression that means “continuous improvement.”

One of the great things about a small business? The ability to adapt and change quickly. Since we value education highly at RoboSource, it’s only natural that we value continuous improvement too. If we’re learning new and better ways to do things, we better be comfortable with the idea that things are going to keep changing.

I’m the director of human resources. We are a pretty happy group at RoboSource, but occasionally I get to talk to a disgruntled employee. I had one recently who had been asking about several issues related to benefits and time off and advancement. “Kendra,” he finally said in frustration, “you keep changing everything on me!”

Yep. And we’ll continue to do so. We’ll continue to adapt and change until we get things as right as they can possibly be. And then in a few years? We might change it again, because there’s a new thought or idea that seems better.

We are dedicated to Kaizen. In fact, if pressed, I’d say it’s been the theme of 2017. We have been learning about accountability and how to run projects and how to inspire us all to be the best versions of ourselves. And right now, you’d be hard pressed to find a custom software shop with a better project-process than we have. That’s just a fact. We have proven how important this is by dedicating resources and time and lots and lots of brainpower to figuring out the best way to run projects. (Thankfully, we have a lot of Figure-it-Out Genes running around here…) And it is paying off, big time.

Is it frustrating when things change, just when you’re starting to get the hang of them? Sure. It can be. That’s why we want to keep this constantly in the minds of our team members. We do this on purpose. Because we believe in getting better. We believe we can be better, and we won’t stop until we achieve it. And here at RoboSource, even if we grow to 500 employees, we don’t ever want anyone to be against something because “we’ve never done it that way!”

Right now, we have a wall of goals. Every employee at RoboSource set a fourth quarter goal, and we’re tracking them. That’s because we believe in encouraging personal Kaizen too. It’s a two-way commitment: we’ll keep improving as a company, as long as our employees will keep improving their individual skills, too.

So that’s the explanation of our new corporate core values: Crownless King, Phalanx, Figure-it-Out Gene, and Kaizen. What do you think? Would you fit in at RoboSource?