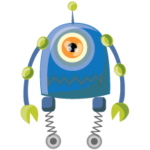 “Is custom software right for me?”

“How many developers does it take to screw in a lightbulb?”

We answer all these questions and more on a regular basis. Have a question that isn’t answered here? Email [email protected].

How is RoboSource related to EduSource?

We’re legally all the same company. Our parent company mission has always been that “We imagine a world in which everyone feels empowered to pursue a career in technology, fully supported through mentorship and with an emphasis on software artisanship.” When we were first starting out, we chose a DBA (Doing Business As – our legal name has always been jrbeutler, inc) of “EduSource” as a nod to that mission. Though we are every bit as much about that mission today as we were back then, we’ve recognized that our name can be confusing in the marketplace. That’s why we decided to add another DBA of “RoboSource” and use that for everything except our Earn and Learn Apprentice Training Programs. You can read more about the EduSource side of the business here.

How did RoboSource get its start?

Back when Jason had a small company (called jrbeutler, inc.) that consisted of, well, just himself, he was consulting at a local logistics company and overseeing an outsourced team from India. At the same time, he was teaching a computer science class as an adjunct professor at Taylor University.

As the semester wore on, Jason discovered something surprising: the students were writing better, more concise, more maintainable code than the India team. An idea formed: what if we outsourced software-writing to local college students rather than overseas?

From there, the ideas snowballed. What if we brought in a few carefully selected students to work as a part of our development team? What if we hired them for two full years and spent the time training them to program in a real development environment, as a part of a real programming team? Thus, the “RoboSource” part of jrbeutler, inc. was launched.

In 2020, we started implementing Robotic Process Automation (RPA). In 2021, we realized that most of what we do is technology-assisted automation of some kind or another. Due to some brand confusion we’d experienced in the past, we made the decision to add the “RoboSource” brand as the main branch of the company – the one that does all of the actual implementation of projects. We’re keeping the “RoboSource” brand, but tailoring it to our Earn & Learn apprenticeship training branch.

That’s not the end! Check out this blog post to read the rest of our story.

What Are RoboSource's Core Values?

At RoboSource, we’re anything but mundane. So when we convened our leadership team and tasked them with creating core values, we got some craziness. “Let’s base each one on a movie character.” “Or how about an obscure TV personality?” We got a lot of ideas. We had a lot of debate.

At the end of several meetings, we agreed on one thing: we wanted each core value to have a story. We wanted them to mean nothing to someone who just walked in off the street and everything to our team. We hoped by using core values that told a story, our team would remember them, internalize them, live them. Here they are:

2. Phalanx
Protect each other
Protect the team
March as one

Strange words, we know, but packed with meaning for our company.

Is a robot REALLY automating my processes?

Well … yes, but that may not mean what you’re thinking. Automation by a robot, or computer bot, is really just using tools to train a computer to complete your process autonomously over and over again.

Sadly, there is no physical robot. Read more here.

Is process automation is right for me?

Let’s find out! Schedule a free consultation here. We’ll have you show us your process, and we’ll let you know if it’s “automate-able.” If it is, we’ll get a quote together for you.

Can you automate processes without using RPA?

Sure! There are many kinds of process automation that don’t use robotics. For example

Processes can be automated in many different ways. Using custom software is one way. Using data reporting tools is another. Robotic Process Automation (RPA) is just another tool in our arsenal.

Wandering if your process can be automated? Let’s schedule a free consolation to find out.

What can I expect in the custom software development process?

Since the software we write is custom, things will look differently from client to client, but our process stays generally the same. Here’s what to expect:

Can you deliver my software on time?

The short answer: Yes. We can deliver your software on time.

How do we do that?

We use a tool called Enable Solutions, which gives us our Daily Layered Accountability (DLA) meetings. DLA is a way of checking in daily with teams to see how on-track we are with projects according to various metrics.

Enable engages every employee and aligns every team on delivering mission-specific outcomes in a culture of accountability and continuous improvement. More practically? Our DLA meetings keep us on track to making sure work is done in an expected timeframe. This is important for our development team – giving them an expectation of when we think work should be done and holding them to it is vital to meeting deadlines.

What is a Business Analyst (and why do I need one)?

They say the devil is in the details. But really, the devil is in losing track of the details. And losing track is easy to do. But at RoboSource, we believe the essence of your business is in those defining details. Our BAs are tasked with collecting all of those details and keeping track of them. To build effective software, we need to know all about your workflow and how each piece of the process works in the whole. We need to know how you think, and how your employees think. We need to know about your revenue streams, about your decision-making, about how we can save you time, energy, and anxiety while we make your business model as smooth as possible.

The best software integrates seamlessly into your business. Having a BA involved in your project is how we make sure that seamless integration happens.

What is Agile Contracting?

Since this is a newer term in the industry, here’s what it means to us:

Using an Agile Contracting method, clients use Points to “purchase” a certain amount of functionality completed by a team. Though the vast majority of that work is done by a software developer, others help on the project as needed, including a project manager, a business analyst, an architect, and a quality assurance engineer.

We break any new features or projects into manageable chunks, which we then breakdown further into User Stories. The number of Points that a certain User Story “costs” depends on its size, which ranges from Youth Small (1 Point) to Large (13 Points).

We love Agile Contracting because we can form a true partnership with our clients, instead of hounding them about new scope (companies that use a traditional “fixed bid” method have to worry about this). When you want to add something to your project, you just “spend” the appropriate number of EduPoints. And we love that we can avoid the micromanaging that often occurs in “time and materials” contracts. If we feel like we need to bring in an architect, we do so, without haggling about an extra hourly rate. It’s all rolled in.