What is Robotic Process Automation?

Robotic Process Automation (RPA) is a software technology that allows users to delegate labor-intensive, rules-based computer tasks to digital bots. This frees up the human workforce to do things humans do best – solve problems, innovate, and strategize. RPA bots can interact with almost any system, application, or website the same way you do, as long as the process follows business rules.

RPA doesn’t involve physical or mechanical robots. Instead, the “robot” in robotic process automation is a software bot that runs on a physical or virtual machine. Think of a chatbot you might encounter on a website. But instead of interacting with your public, these bots are completing your most mundane tasks.

If that kind of “robot” sounds boring compared to the droids in Star Wars, well, that’s by design. No matter what science fiction tells us, creative work is always done best by humans. Where robots shine is in those monotonous tasks that we do over and over again. Humans lose their attention to detail and start thinking about other things. Humans get tired. Bots don’t.

In fact, they complete tasks faster and more consistently than people. They don’t take breaks or sick days. RPA bots can complete your day-in-day-out tasks around the clock without ever getting annoyed.

Bots can complete tasks like copy-paste, making calculations, moving and resaving files, scraping web data, parsing emails and so much more. Though RPA has been in existence since the early 2000s, usage has spiked with the grown of other automation-enabling technologies, like artificial intelligence and machine learning.

Over 1 million knowledge-work jobs will be replaced in 2020 by software robotics, RPA, virtual agents and chatbots, and machine-learning-based decision management. .. [but] 331,500 net jobs will be added to the US workforce next year, human-touch jobs that require intuition, empathy, and physical and mental agility.

Gil Press, "2020 Predictions About Automation and the Future of Work from Forrester" 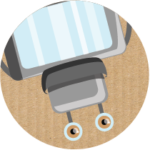 On a task-by-task basis, an RPA bot offers significant savings to a business. Because RoboSource uses robotic-process-automation-as-a-service, that’s even more true as costs are distributed monthly. Ernst & Young, a worldwide audit and consulting company, said that “the business has saved millions of dollars in cost savings [with RPA].” A lead process analyst at ACT, a financial services firm with more than 1,000 employees said, “Within the first year, we saved a little over $600,000.”

2. Better Use of Human Resources. 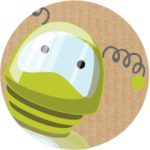 According to Forrester, 57% of executives say RPA increases employee engagement. It only makes sense – very few employees prefer to do boring, monotonous work. In addition, when using RPA, companies can minimize human contact with sensitive data. 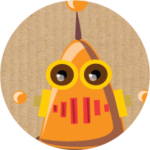 A solutions architect at an engineering company said, “With humans performing, the accuracy was at approximately ninety percent. Our accuracy with automation is now close to one hundred percent.” When asked what the MOST important benefit after a process automation initiative, 15% of director/managers at companies that are actively using RPA choose “Reduced error rates.” 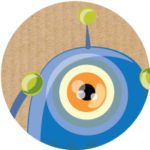 Cost reduction through efficiency improvements is the primary goal for RPA. Bots save time and reduce human errors, resulting in higher productivity. In a survey of current RPA users at large companies, increased process speed and efficiency was the number one benefit of using the technology. 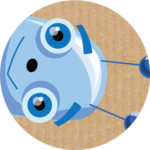 A32% of current RPA users say that it has improved their customer service by improving response times and enhanced the customer experience.

How to Implement Robotic Process Automation

Talk to an RPA expert