What Is Software Testing & Is It Necessary? 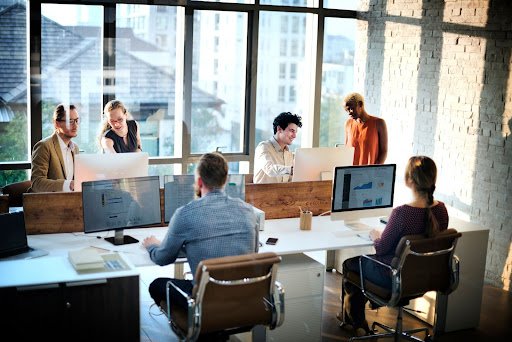 Whether you’re having custom software or a process automation created, software testing should be part of the equation. But what is software testing? Is it necessary, or is it just a waste of time?

What Is Software Testing?

Software testing is the process software development companies use to determine if the software they are building is working as expected and producing the desired outcome.

RPA testing includes testing the automated business process through the RPA tool itself and making sure the output of the RPA process matches what would have been done during manual testing.

Integration testing is the phase during custom development in which a software module is tested with the other created modules. The goal is to expose any defects that may arise when the new module is integrated and needs to interact with the whole.

Done by software developers, software testers, or sometimes project managers, this testing confirms that the software contains all of the expected functionality.

This testing is looking specifically at the systems or environments in which the software will run. For example, does it work on the most used web browsers?

When new software is expected to experience high traffic, developers and testers will confirm that it can handle many users at one time and that the speed is still satisfactory.

Usability testing is generally done by someone other than the software developer who built it and often by a user experience (UX) expert. It’s exactly what it sounds like – testing to make sure the software is user-friendly and intuitive.

This testing is completed by the client to confirm that the product is functioning as expected.

This is done when a change is made to any functionality in an already existing system to ensure that the old pieces still work together correctly.

This is the trial period (usually one month at RoboSource) during which the client uses the full software system and finds any bugs that exist.

So, is all that testing really needed? Why not just create the software and test it out at the end of the process?

Jason Beutler, CEO of RoboSource and a 20-year software veteran, says it this way: “The earlier you find a problem, the more cost-effective it is to fix it.”

It may seem like testing throughout the development process takes a lot of time. But it takes far less time (and produces a better product) than waiting until the end to test.

Think of it this way: imagine you’re writing a term paper for a class. You know when it’s due, and the professor has offered to look over your outline at the beginning of the semester before you spend a lot of time working on your paper.

You have two options: you can create an outline and give it to the professor to critique and correct, or you can wait until the night before the paper is due, crank it all out, and hope for the best. Why wouldn’t you want the confidence and clear direction that come from doing a “test” early in the semester?

Creating software is similar. You can save all of the testing to the end, but if you find something that needs to be changed, it’s a huge ordeal. You have to undo work you’ve already done and possibly rewrite large chunks of software. One word comes to mind when it comes to software developers: expensive. You don’t want them redoing work anymore than is absolutely necessary.

When you test software along the way, like turning in a term paper for edits, you can catch any errors or make changes early and effectively. That way, by the end of the process, you’re confident about the effectiveness and efficiency of your software process, and changes are generally quick and easy.

Want to talk to someone about how you can automate your process? At RoboSource, your first consultation is always free. Sign up here.