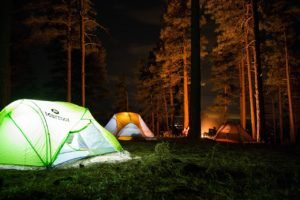 When RoboSource founder Jason Beutler and I got married 18 years ago, it seemed like our family backgrounds were very similar. We both came from conservative parents, had two sisters, and had families that placed a huge importance on traveling together.

Imagine our surprise when we took our first vacations with each family.

Jason was shocked when a month prior to our first Lightfoot-family vacation, we received an email “Plan.” It included details such as restaurants we might want to stop at, routes we should take, and a day-by-day breakdown (with phone numbers and addresses) of exactly what the trip would entail. (Jason says that even bathroom breaks were scheduled in, but I think that’s an exaggeration.) Everything on the trip was booked as early as possible to get the best price available. The trip was planned out and set, so as long as we didn’t change our minds, things were on track to be good. Best price, but no flexibility. Think of this as a Fixed Bid vacation.

The Beutler side was the EXACT opposite. I was amazed when our final destination didn’t get booked until just a few days before we left. There was a lot of back and forth about where we should stay. We got the address to head to the day before we left. And after a few enjoyable days of camping in the woods, we had had enough and were hankering for the beach. So we packed up, threw our campsite food into a cooler, and headed to Lake Michigan for a few days. It was high tourism season, so the hotel prices were OUTRAGEOUS! We ended up with six of us staying in one hotel room with one bed. But we were at the beach! We ended up with wasted food from the abandoned camping trip and higher prices on everything, but we got to make up our minds as went. Think of this as a Time & Materials (T&M) vacation.

It’s THE question people ask when they start to consider having custom software developed: should I look for a T&M contract or a Fixed Bid contract? Why is this question so controversial? Because both contracts are far from perfect.

Shouldn’t there be a way to build software that encourages flexibility but also keeps the price under control?

As a matter of fact, there is another way. (There are actually several variations on these two standard methods. But we are really zeroing in on one.) But first, what exactly are Fixed Bid and T&M contracts? Here’s a breakdown:

Fixed Bid is a contractual agreement to provide a specific set of software requirements for a fixed price.

A software company agrees to create your custom software for a fixed price.

Why do people go for it?

Why clients love it:

Why software companies love it:

Software companies shy away from this method because the risk lies entirely with the software company. The company makes its best effort to bid out a specific project, but as we all know, clients will continue to get ideas throughout the project. (“I’m tired of sleeping on the ground! I want to go to the BEACH!”) This means that scope will constantly change, forcing the software company to basically hit a moving target.

We are used to getting a “Fixed Bid” estimate in our daily life. If we take our car to the shop, we get a price for a certain set of work and we expect to pay that price. … It is very clear going in what the requirements are for the job and what the expected results are.  (Fixed Bid vs. Time and Materials – Pros and Cons)

T&M is a contractual agreement where a client pays a specified hourly rate based on the number of hours developers or other employees spend on a project.

The client pays per hour for the people working on the project.

Why do people go for it?

Why clients love it:

Why software companies love it:

Clients sometimes shy away from this method, because it relies entirely on a strong trust foundation with the software company. Of course, mutual trust is the best-case scenario, but this almost never exists at the beginning of the first project. Clients don’t know how long it “should” take to complete software, so they aren’t sure if the developers are working as quickly and efficiently as they should be. The motivation to finish early is completely gone.

The number one benefit of developing with a time and material pricing strategy is the ability to postpone implementing some features that our client thought were inevitable. In more than a few cases, the initial RFP was very different from the final project. (Why Billing on a Time and Material Basis is a Guarantee of Flexibility)

Think of it this way:

The client should be managing budget and scope. That’s what they are best equipped to manage.

The software company should be managing the project. That’s their expertise, and they know the best way to get the job done right.

In both of these models, the parties are motivated in the wrong way.

In T&M contracts, clients have to “manage” the projects, because their budget is on the line, and they have to be concerned with whether the team is working effectively and efficiently.

In Fixed Bid contracts, the software company has to manage scope and budget. They have to be the one deciding what does and doesn’t get completed in the project, because they’ve already determined how much time they can put into the project and still make a profit.

There’s got to be a better way – a way to incentivize clients through budget and scope and incentivize the software company through efficiency.

Over 18 years of marriage, Jason and I have found what we think is the perfect balance of “planned ahead” and “flexibility” in our vacation style. And at RoboSource, we’ve spent the past few months doing research, brainstorming, and working on our new pricing model, which will be a blend of T&M and Fixed Bid.

Watch for it in the next few weeks—we’ll make sure you know about it.

And in the meantime, if you’d like to get started with an (always free!) initial consultation about custom software, email info@robosource.us.

Kendra Beutler loves working with young adults. For many years of her career, that involved teaching at local universities. Now she gets to hang out with college students and young adults all the time at RoboSource (the company’s average age is around 25, after all). Kendra is passionate about stories. She’s an avid reader of fiction. But she also loves a great in-depth feature story about anyone. When Kendra’s not working or carting kids all over, she enjoys making pasta sauce or specialty candies. And Kendra and Jason love to travel with their kids. Any reason is a great reason to throw everyone in the car and hit the road.