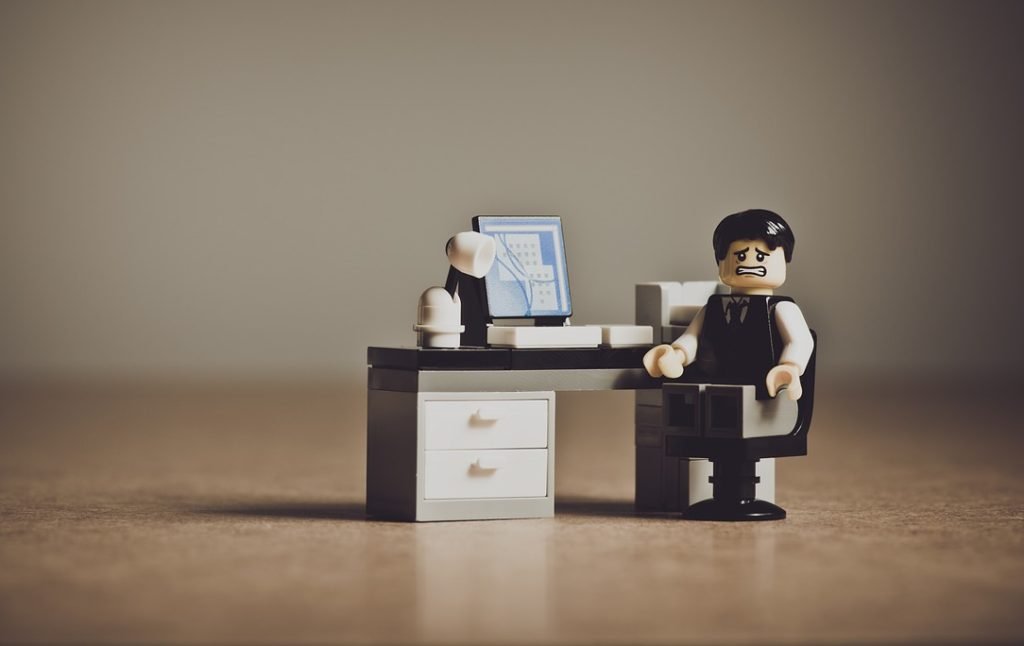 Ever set a goal and not accomplish it?

Then in all honesty, this blog probably won’t be much use to you.

But for the rest of you, I have big news.

You need to set smaller goals.

Yes, you read that right. If you have trouble reaching your goals, it’s probably because your goals are too big.

Too big? But it’s just reality. I need to expand my business, lose 20 pounds, and read 30 books. And I need to do it all by next year.

Don’t get me wrong—I’m not saying you should scratch those things. But current statistics say that only 8% of people complete their New Year’s resolutions—chances are you’re not in that 8%. I’m here to tell you there’s a better way. There’s a way to accomplish those big ideas and reach your dreams instead of burning out and quitting halfway through.

Even the longest journey begins with a single step

It’s an old concept. But not obsolete. We’ve started doing this at RoboSource recently, and we’re already seeing results.

Earlier in the year, we posted a blog about stretch goals. Half of us started out really excited about our huge, awesome goals. The other half of us were overwhelmed by setting a goal that big.

Most of us have fallen off the stretch-goal bandwagon since then.

So we decided to try something different. We’re trying quarterly goals (we’ll come up with a hipper name after we make sure it works…). There are only two requirements: it has to be somehow related to professional development, and it has to be small enough to be finished by the end of Q4. Then we put everyone’s goal up on the wall so we can see everything we’re trying to accomplish.

It’s already working better. It’s not that we’ve given up on big goals—we still have lots of those. But breaking those goals down into smaller chunks is freeing. Improving efficiency by 50% seems like a whale of a mountain. But choosing one new metric and adding it to our efficiency measurements by the end of Q4? That’s doable. And an excellent step towards improving efficiency.

Participation in our new goal experiment was totally voluntary, but we have 100% participation. And we’re already making progress, after less than a week of having these small goals.

Despite the seeming counter-intuition, these small goals seem to be working. The question is, why? We’re seeing a few reasons float immediately to the surface. 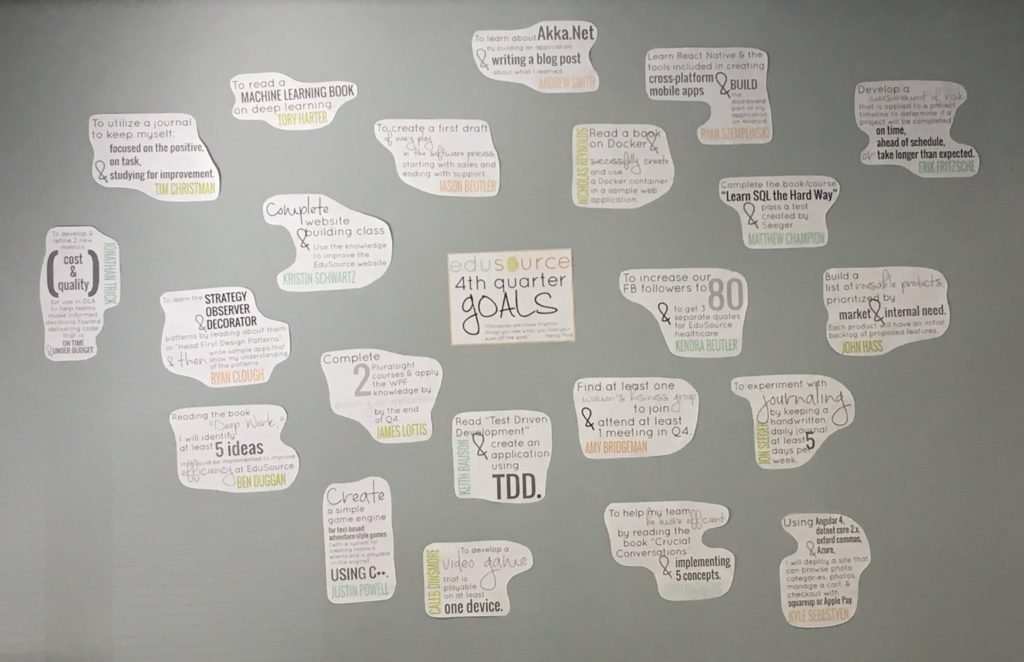 Why Smaller is Better

1. Smaller goals are easier to identify

I’m already feeling better just having this part of the blog broken down into sub-points. It’s much easier to divide and conquer versus plowing through 400 words without touchpoints.

It’s the same with all goals, really. It’s easy to say you’ll be at such-and-such a point in 12 months, but how are you going to get there? I mean, really practically? How do you know what you can actually accomplish in that amount of time?

I think I can safely set a year-long goal of writing 20,000 words. But really, I have no idea. With a year-long goal, I don’t have much precision or much check-in. And I’m not sure if that goal is going to be very helpful a year from now.

What if, instead, I make a goal of writing 300 words a week? Breaking my goal down into a smaller chunk gives me more accountability and something smaller to reach for. It’s more real.

And it’s not just about breaking down big goals. It’s about doing something instead of nothing. I’m one of those people who freezes when someone asks me where I’ll be in five years. I have no idea. That is way too far away and too big for me to think about. It’s much easier to think about what I can do this quarter to improve myself professionally, and much more expedient to just do something than to sit around trying to figure out the next five years of my life before I make a move.

Think about it. Why don’t you finish your big goals? Because after the first day you’ve already failed? Yeah, me too. Remember that year you were going to stop eating cake and run 3 miles every day? How was that? If you’re like me, you fell off the wagon after the first birthday party and never got back on.

What’s the solution? Beat out perfectionism. Do things in small enough chunks that you finish something before the perfectionism can set in. Want to learn a new language? Set a goal to learn three phrases, then crush it. Want to read 10 books this month? Set a goal to read one, and finish it! Your goal is finished so fast you don’t have time to fail. Then you can start another goal. Before you know it, you’re closer than you’ve ever been to reaching that unreachable goal.

Don’t even try to deny it. Is there anything more satisfying than planting your feet on the ground at the bottom of a slide, or blowing out the last birthday candle? What about falling to the finish line of a 5K or snapping the cover closed on that new hard-cover book you bought?

It’s empowering to finish things. When you set small goals, you get to feel that rush of finishing more often, and it charges you up to start on the next small goal (not to mention giving you a boost of confidence that you can finish this goal, too). Plus, having small goals usually means you have another goal lined up once this one is finished, which erases that problem of being afraid to finish because you don’t know where to go next.

And let’s be honest, there’s nothing better than glancing behind you and seeing the path strewn with finished goals and accomplishments. Talk about thrilling.

Look at that. I’ve already written 1,000 words today. Two thirds of them were after I broke the blog down into bullets. Case in point.

What ways have you found to help you accomplish your goals? Have you tried the small goal method? Is it working for you?