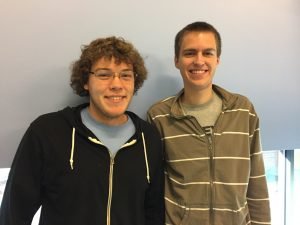 How can you fight human trafficking in Nepal while sitting on your couch in your apartment in Westfield, Indiana?

Tiny Hands is located in Nebraska, and is a nonprofit organization that does two things: helps orphaned children find permanent homes and monitors those crossing country lines for likelihood of sex trafficking. It was started by alumni from Taylor University, which is where Ben and Andrew graduated from in May. While they were students, Ben and Andrew worked on website applications as a part of a few classroom projects.

Sex trafficking is a huge problem in south Asia, largely due to extreme poverty. According to the Tiny Hands website, nearly 30,000 women and girls are trafficked against their will in this area annually. While there are several other groups helping prevent trafficking in the first place or helping women get out of sexual slavery once it’s already happened, there are very few groups that work to prevent trafficking while it’s happening. That’s where Tiny Hands comes in. 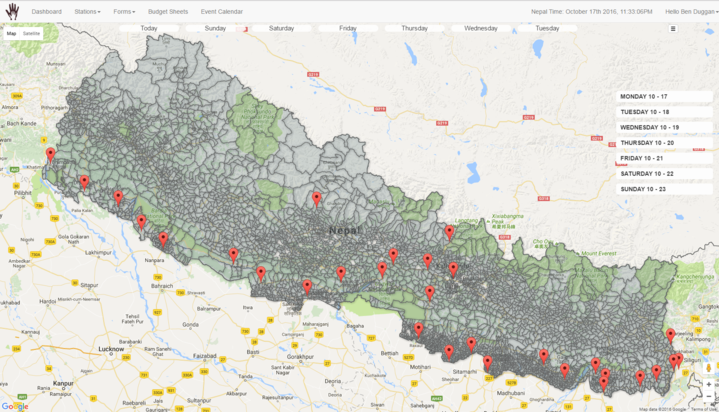 Through a process they call Transit Monitoring, Tiny Hands employees interview those leaving/entering these countries with young women or girls. Through asking specific questions, they are able to help prevent trafficking before it really even gets starting, returning the girls/women to their families or helping them find jobs. This process is completed through intricate surveys, which, until recently, have been completed by hand.

Enter Ben and Andrew, who are helping get the entire thing online, for use with iPads or computers, to streamline the process and collect more data.

After graduation, Ben and Andrew decided to keep working with Tiny Hands. For awhile, they were the only ones working on the applications. Andrew said, “For me personally, it started at the end of the school year last year (when Andrew graduated). It seemed like we had been working on this project and no was was going to pick it up after we stopped. That’s sad. After two years of working on it, I felt like this was my child. I felt responsibility for it.”

Ben agrees. “If there are any problems with it, I feel like it’s my fault. How could I just give this to someone else?”

Ben and Andrew have been working on the project alone since May. But recently, they found two more programmers to help. If you are interested in donating your time and programming skills to help curb sexually trafficking in south Asia, contact Andrew Smith at andrew.smith@robosource.us.

As Ben said, “Giving money is easy, but giving time is a real sacrifice. I have time right now.”